HAVE AN ASH TREE? PLAN FOR EMERALD ASH BORER INFESTATION 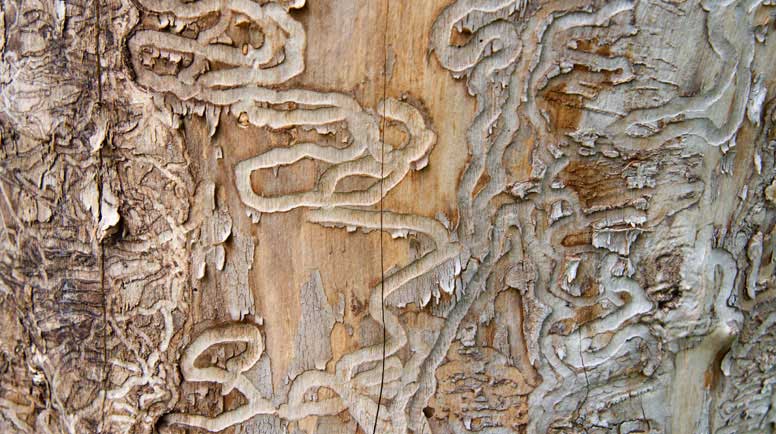 A relentlessly-destructive pest, the Emerald Ash Borer (EAB), is killing ash trees in the eastern half of the United States and is spreading to the west. Sadly, this pest has forced homeowners to remove millions of dead or dying ash trees, while many still must make decisions on how to cope with infestations.

Ash trees are extremely common in yards and along streets throughout the country. The EAB, which kills all 16 U.S. native ash species, originally arrived from China to the Detroit area in 2002. As of 2015, reports of the beetle had spread to most Midwestern and east coast states and west to Colorado. Researchers expect the beetles will kill nearly all ash trees wherever their infestations spread.

These pests, which are dark green in color, are approximately ½-inch long and 1/8-inch wide as adults. They kill a tree when the larvae of the beetle bore under the bark, creating tunnels as they eat and slicing through the channels that transport water from the tree’s roots to the leaves. Once infested, unable to take up water, the tree dries out and dies.

What should you do if you live in an area infested by EAB?  First, identify if any of your trees are ashes.   If so, you have some decisions to make.

If you have an ash tree, it’s best to call in a landscape professional or arborist to discuss your options as soon as EAB is reported in your area. Having good information will help you decide on a strategy and plan for the expense of treatment or removal.

EAB is the most destructive forest pest ever to live on American soil.  Researchers are exploring how to fight against the infestations and the damage caused by the pest but in the meantime, homeowners with ash trees should be on alert and understand the problems they can expect if EAB take up residence in their communities.