SHOPPING FOR A SMART IRRIGATION SYSTEM? 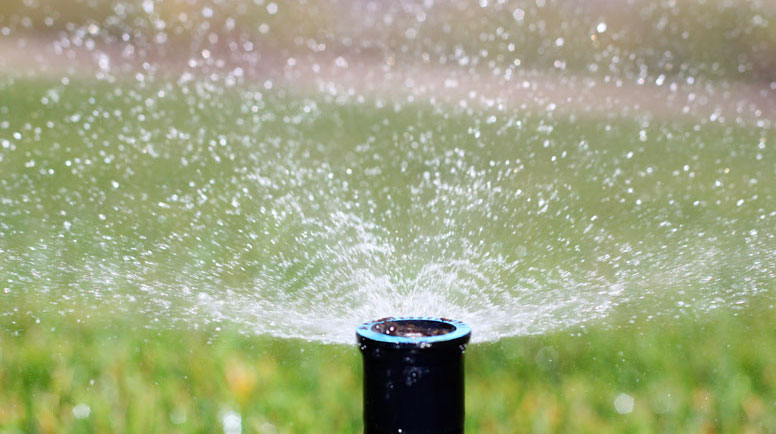 The EPA reports that up to 50 percent of the water used for outdoor irrigation in this country may be going to waste. This wasted water takes its toll not just on the environment, but on the pocketbooks of millions of Americans.

In this day and age, there is no reason you should have to choose between a beautiful lawn and responsible water use. Installing a modern smart irrigation system can help you keep your water consumption to a reasonable level. It is also an excellent lawn maintenance tool that can help improve the health and appearance of your turf.

What is a Smart Irrigation System?

Smart irrigation systems are a combination of an advanced technology of sprinklers with nozzles that improve coverage and irrigation controllers that are watering and water conservation systems that monitor moisture-related conditions on your property and automatically adjust watering to optimal levels.

There are two general types of smart irrigation technology: weather based and soil moisture based. Both can help you save water, but there are some important differences. Here is the lowdown on the two, so you can choose the system that best suits your needs:

Also known as ET-based technology, a weather-based irrigation system includes either a mini on-site weather station or weather sensor capable of monitoring conditions such as temperature, rainfall, and solar radiation on your property, or this same information is broadcast to the irrigation controller from a remote weather site. Depending on the model, the sensor hardware requires an existing controller be replaced with a weather-based controller with the technology integrated into the controller or come as an add-on receiver to your existing controller. Typically the sensors are quite small and can be mounted inconspicuously on a building, fence post or other object in your yard. Most have wireless communication between the sensor and the controller.

The add-on weather-based sensors are suitable for most residential applications. At $300-$600 installed, they are fairly affordable, especially considering they typically lower irrigation water consumption by 20-25 percent or more when properly installed and calibrated on a well-designed system. Payback on such a system varies, but it is not uncommon for a smart panel to pay for itself in lowered water bills within two years.

The controllers with the integrated weather-based technology  is similar to the add-on sensor, but because it can use the computing power of the controller, it can have more detailed information entered into it regarding the plant type, soil type, slope, exposure, and sprinkler type that an add-on sensor can.

Typically the integrated weather-based controllers are more accurate than the add-on controllers because of the additional site information they use, when properly programmed and used on an efficient irrigation system, the savings will increase accordingly. Up to 40 percent savings on water consumption when compared to traditional irrigation methods is not considered unusual. They are relatively expensive, costing from $500 to $2000 installed. In addition to the water savings, the increase in plant health, which has the potential to reduce the money spend on treating plant health problems, can be significant enough to more than warrant the expense.

Be aware that there are two distinct types of moisture-based systems available. The first, referred to as suspended-cycle irrigation, uses a traditional timed and automated watering schedule. The only difference is that it doesn’t allow watering to happen if the soil moisture threshold is too high. However, if the soil is too dry it won’t adjust the pre-programmed schedule to allow for additional watering. Many of these sensors can be added to an existing traditional controller.

The second type of moisture-based smart irrigation system is a water-on-demand system. This one maintains two soil moisture thresholds – high and low – and automatically calls for water as needed to maintain soil moisture between the two. This type requires that the existing controller be replaced with a controller with its own sensors. When properly calibrated this can be an extremely efficient set up because it allows more site data to be programmed.

Other Components of a Smart Irrigation System

Sensors and controllers are only a part of the picture. To fully utilize their benefits, other factors must be in place, such as water-efficient emitters such as rotors and spray heads. As with any irrigation system, zoning is also an important aspect to consider for overall efficiency and plant health.

A properly designed and installed smart irrigation system can save significant water and money while improving plant health by providing optimal soil moisture conditions. However, it is important to remember that even the most advanced smart irrigation system is not guaranteed to save you money. Especially if only a smart controller is added, and nothing is done about the inefficient system. Its effectiveness depends upon careful set up and monitoring by a knowledgeable human being.

Many factors must be taken into account for proper installation of a smart irrigation system. Some of these include:

The instrument must be properly installed, programmed, and calibrated. It must also be monitored over time and may need periodic re-calibration as conditions change.  Most homeowners choose to consult a landscape professional as the easiest, most effective way to get the most value from the technology. Switching to a smart irrigation system is a truly “smart” way to enjoy the benefits of a beautiful lawn and landscape!